We are excited to celebrate the release of Cecy Robson’s ETERNAL: A Carolina Beach Novel. Follow the tour for reviews, excerpts, and enter to win a $25 Amazon gift card and three runners-up will win a digital copy of book #1 in the series, INSEVERABLE.
ETERNAL: A Carolina Beach Novel by Cecy Robson, tells the story of what happens when all is lost and then you find the one. Neither Luci nor Landon planned on each other, and they definitely didn’t plan on love in this New Year’s Eve, one-night stand romance. Fans of FLIRTING WITH FIRE by Kate Meader and HOT SHOT by Kristen Callihan won’t be able to put down this emotional and heartfelt read. 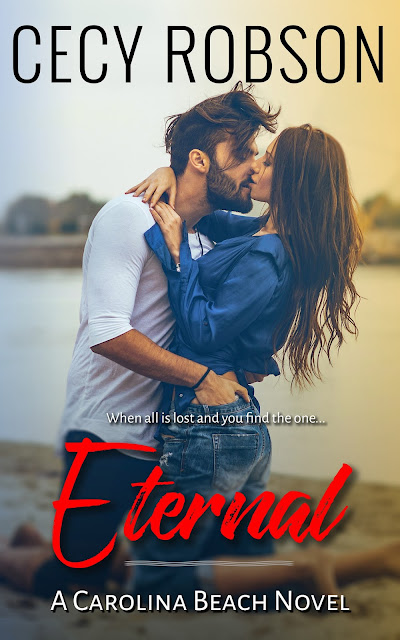 In Eternal (Carolina Beach #2) by Cecy Robson, ever since his divorce, Landon Summers hasn't been the best of company, but when his sister all but drags him to a New Year's Party, he never imagined he'd find a woman to tempt him enough to even consider giving happy ever another chance. However, there's something about Luci that he can't resist. Will Landon be able to convince Luci to take a chance on him, or will her fears of believing she isn't good enough for Landon keep them apart?

The first book of this series was one of the best books I read last year, and I've got to say that this story was just as enchanting due to the main characters back stories and what the heroine is dealing with throughout this story that puts her at risk. Why does she continue to want to try and help someone that doesn't want to help themselves? Will she ever give up on thinking she can rescue someone she cares about? The way this story started had me sympathizing with the hero, as he's been through so much because of his ex and it doesn't help that his family is pressuring him to begin to get out and enjoy life again. Will meeting Luci be just the thing to finally bring Landon out of the funk he's been in since his divorce?

As for the dialogue, it was well-written, compelling and intense due to the main characters back stories and what the heroine goes through because of someone she cares about. However, there were some really good light-hearted moments between the hero and heroine as well as between the main and secondary characters. Landon is really tight with his family, especially his sister, and I loved how they teased each other when it came to their love lives. Does his sister provide too much information at times for Landon to handle?

Both the main characters were fantastic and I loved every moment they conversed. The heroine has been through so much in her life, but I liked that she didn't give up hope for the person she cared about to have a better life. I also liked how resilient, courageous and hard-working she was when it came to her career, as it's been a blessing to help her overcome her past in making her the independent and strong woman she is.  While the hero, his ex-wife did a number on him with the divorce and I could understand why he's been avoiding getting involved with someone else, no matter how much his family are hoping for him to finally move on. Yet, in saying that, I liked how determined he was to win the heroine over and show her that he's someone she can put her trust in and that he wouldn't judge her because of her past.

Overall, Ms. Robson has penned another marvellous read for this series where the chemistry between this couple was intense; the romance hot and illustrates how great these two are together; and the ending had me sympathizing with the heroine because of how things ended with the person she was determined to help, but I loved how things worked out for Landon and Luci as they're so right for each other. However, it was the epilogue that wrapped things up wonderfully, as no-one is more deserving of happy ever after than Luci and Landon certainly knows how to surprise her with what he wants for their future. I would recommend Eternal by Cecy Robson, if you enjoy second chance romances or books by authors Melanie Harlow, Jen Frederick, Cora Brent and Scarlett Cole.

After months of bad luck and even worse men, Luciana Diaz just wants to crawl under the covers and forget the year ever happened. Her friend has other plans, convincing Luci to attend a New Year’s Eve party on the affluent shores of Kiawah Island.


Luci never expected to have fun. She also never expected to wake up next to a man she just met, or for this man to be the new attorney at her firm.
Landon Summers is done with drama. After an ugly separation and even worse divorce, he has no desire to jump into another relationship.
When his sister Trinity drags him to a New Year’s Eve party, he doesn’t plan to stay long. One drink, a few hellos, and he’s out. Until he meets Luci, the first person in months to draw his smile and incite his passion.
Neither Luci nor Landon planned on each other, and they definitely didn’t plan on love. But the New Year means a fresh start, and eternal possibilities neither could deny…

That smile that faded in Blythe’s presence returns. I ease my way out of the bathroom and return to the kitchen, but Landon is gone. So is my purse and our drinks.

My heart falls to my belly, only for it to quicken when a hand presses tenderly against the small of my back. “Are you hungry?” Landon asks. He motions to the corner where a set of heavy curtains sway in the breeze. “I figured with all that we’re drinking, we should get something to eat.”

“That would be lovely,” I say, realizing how much I mean it.

He passes me my clutch and leads me forward, a server slips out from behind a curtain with an empty tray, nodding Landon’s way. As he passes, Landon slips something into his palm. “Thank you, sir,” the young man tells him.

Landon smiles when I look up at him. “After you,” he says.

He parts the curtain, allowing me into a small terrace surrounded by tall glass dividers that repels the wind and allows a magnificent view of the ocean. There’s not much room, the space only large enough for a rectangular fire pit radiating with turquoise glass and a small table with two chairs. To our right people laugh from a larger more open terrace a level down. They can’t see us well, and I don’t really care to see them.

Our beers are placed beside two empty plates, along with two unopened bottles of water. At the center, there’s a large plate filled with food. “Becca likes to eat breakfast out here when she’s home. But she’s not using it and I didn’t want to waste the view.”

“It’s amazing,” I say, taking in the splendor.

I didn’t expect to see the ocean this far into the shore, especially at night. But with moon as bright and as low as it is, its light spills across the waves, illuminating the water and casting a glow along the sand.

Landon pulls out my chair. “I wasn’t sure what you liked, so I asked the staff to bring a little of everything.” He pauses. “You’re not one of those crazy vegans are you?” I laugh. “If you are, I can ask them for some of that crazy vegan food you people like to eat.”

“My people like everything,” I assure him, watching him take a seat in front of me.

We spend an outrageous amount of time talking, and even more simply gazing at each other, smiling softly when the words don’t quite come, and laughing when they finally do.

It’s only when Rihanna’s Love on the Brain begins to play that Landon tears his attention away from me and back in the direction of the party. “Don’t you hate it when everyone is dancing, and you have no one to dance with?” he asks.

I glance down, playing with the fabric of my skirt. “I think it’s worse when the wrong person asks you, and you’ve been waiting for the right one.”

“Oh, yeah?” He grins when I nod. “I suppose I should ask you, before the wrong person gets his chance.”

He doesn’t really ask. He doesn’t need to. I place my hand in his when he opens his palm.

He pulls me up and into him, wrapping his arms securely around my waist as mine circle his neck. He smiles as he looks down and meets my eyes. I return it, losing myself in his stare.

We move to the beat as if we’ve danced a hundred times, despite what I’m feeling is a slew of firsts.

The first time his hard body presses against mine.

The first whisper of his breath against my skin.

The first touch that has no inkling of innocence.

And the first stroke of desire.

His hands slide to my hips as the bass pounds deeper, craving more. “It’s almost midnight,” he rasps against my bare shoulder.

I shudder as his lips graze over my skin, not quite touching, trailing lightly just enough to tease. “Almost,” I agree.

The allure in his voice robs me of air. “I didn’t plan on having anyone to kiss.”

I almost reply, but the way Landon’s mouth hovers over the sweep of my neck keeps me silent, as does the way he draws an invisible line to my ear with his lips.

My heart thuds mercilessly as I wait for his next words.

“But I guess I didn’t plan on you either,” he murmurs, each word softly tortured.

His mouth feathers over mine as the song ends and the countdown to New Year’s begins, opening and closing tentatively, giving me a chance to pull away.

I don’t. I can’t. Not with how good he feels and not with the way his body curls protectively around me.

Urgent voices and anxious steps echo from inside as people rush to find partners to kiss as the countdown reaches ten.

Landon and I aren’t waiting. His tongue dives deep, prodding me possessively and taking me deep.

He grips my hips tighter, pulling me closer, turning the sweet, tentative kiss passionate and daring.

And I’m not alone.

A rumble builds in his throat, ending in a long, dragged out groan.

My body trembles with need, responding and following the rough caress of his palms along my spine.

The clock strikes twelve, people are cheering, bottles of champagne are exploding, and the ocean waves crash harder against the shore. I barely hear them. I only see Landon as he pulls away, his breaths labored like mine, his intensity welding me in place. 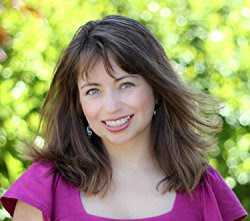