BLOG TOUR - REVIEW & GIVEAWAY: IN TOO DEEP by KIMBERLY KINCAID

USA Today bestselling author Kimberly Kincaid returns with a new romantic suspense, IN TOO DEEP.  Edgy, suspenseful and hot - in more ways than one - IN TOO DEEP features a friendship turned romance and edge-of-your-seat action! 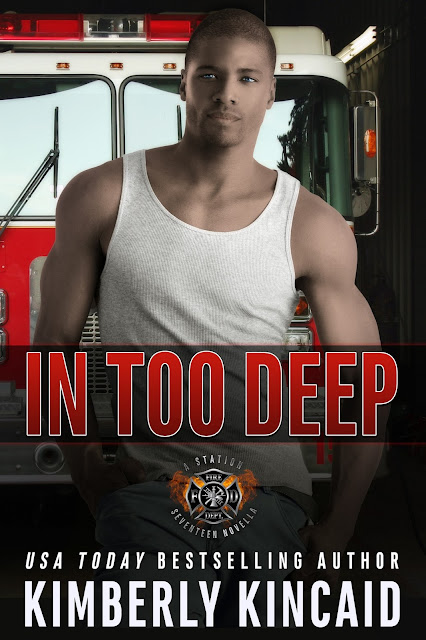 In Too Deep (Station Seventeen #3) by Kimberly Kincaid, Paramedic Quinn Copeland thinks of her station mates as family, but working alongside Station Seventeen rookie, Luke Slater, is different. For one, she doesn't think of him as a brother; and when they find themselves in the crosshairs of a brutal gang leader, she finds herself trusting Luke more than anything. So, with lives on the line and impossible choices to make, will Quinn do the right thing for everyone so she and Luke can have a chance at happy ever after; or will their fears of losing everything and everyone important to them put their shot at forever in jeopardy?

What a superbly-crafted, spine-tingling, fast-paced read Ms. Kincaid has delivered in this third book of her Station Seventeen series, which combines painful pasts being exposed; putting one's trust in the right person; and the importance of family together to make this a story that I could not put down. The way this story started drew me into this story immediately, as Luke works hard to be the best firefighter he can be, but isn't afraid to tease his fellow station mates a little, as long as he doesn't let them get too close in terms of learning more about him than everyone already does. However, it was from the moment the hero and heroine began working together that this story really comes alive, as Luke and Quinn were in for a wild ride when it comes to trusting each other and keeping everyone they care about safe. Will everything work out? Will they be able to keep those they love and care about safe?

As for the dialogue, it was completely captivating and intense due to the main characters back stories and the incidents that put the hero and heroine on notice to not cross a gang leader. The dialogue also had me reading quickly, determined to discover how far Quinn and Luke are willing to go to keep everyone safe? Will they handle things themselves or will they put their trust in their friends? Furthermore, the heroine is resilient, brave and I liked how protective she was of her friends, because they're the only family she has. I also liked how hard-working she was and how she handled everything she and Luke go through, no matter how terrifying things get. While the hero, he's had it tough through the years with losing those he loves and I could understand why he fears interacting with his station mates more than he already does. Because getting to know them as tight as Quinn does means risk if something happens to one of them. However, in saying that, I loved that he let the heroine in and how protective he was of her, especially in the moments when it was palpable that Quinn wasn't coping with what happened to her at the hands of a dangerous gang leader.

Overall, Ms. Kincaid delivers another thrilling romantic suspense in this book where the chemistry between this couple was powerful; the romance exhilarating and illustrated how much Luke needed Quinn in his life; and the ending had me concerned for one of the main characters when it comes to the danger and their need to do everything in their power to protect those they care about. However, it was the epilogue that wrapped this story up wonderfully, because of how things turned out for the hero and heroine, as the pair working together was the best thing to happen to the two of them; and because of what becomes of their partnership as paramedics. I would recommend In Too Deep by Kimberly Kincaid, if you enjoy romantic suspense, the friends to lovers trope, or books by authors Scarlett Cole, Jennifer Bernard, Kaylea Cross and Sandra Owens.

Quinn sat in the passenger seat of Luke’s sleek, dark gray sports car, finally able to breathe for the first time in hours. The unease that had clutched at her chest, tightening like a vise with each faked smile and passing minute she’d sat in the Crooked Angel, was finally loosening, allowing her the luxury of a steady inhale/exhale without having to hide the truth from the people who were closest to her. She was in Luke’s car, sitting right beside him. His body was right there. Warm. Safe. Close enough for her to reach out and run her hand over his bare forearm, his fingers that were callused in some places, soft in others.


Luke pulled into the parking lot beside her apartment building, quieting the engine without pulling the keys from the ignition. His gaze moved covertly over their surroundings, mirroring the one Quinn had just sent over the adjacent parking spaces, the brightly illuminated walkway connecting the parking lot with the apartment building, the potential spots where someone might lurk or hide.

“Looks clear.” It was the first thing he’d said since he’d quietly told Isabella and Hollister he was going to take her home, then paid Kennedy for the beers they didn’t drink.

Heeding the detectives’ advice not to dawdle, they both got out of the car, Luke locking the doors with a click-CLICK of a button on his key fob before walking her over the paved path leading to the front door of her building. The tension that had made a playground out of her shoulders faded with each step, and she and Luke made their way over the threshold, into the elevator, and down the tastefully carpeted hallway until finally, they were in her apartment.

“Thank you for bringing me home.” Heat climbed Quinn’s cheeks as she grew aware of how very alone they were, standing there in her dusky foyer with nothing but the soft light filtering in from the one bulb she always left lit over the kitchen sink. But Luke was the only person she didn’t have to hide anything from. The only person who could get her to breathe. The only person she could be truthful with.

And the truth was, she wanted him.

It seemed completely contradictory that her body should respond in such a primal, greedy way when her brain was a jumbled mess. That was just the thing, though. Her thoughts were a mess around her friends. They were a mess when she tried to work, and they were definitely a mess whenever she remembered the kidnapping. The only time her mind wasn’t on overdrive was when she thought of Luke, with his hand on her rib cage and his breath in her ear, as steady as a heartbeat.

God, she wanted his touch so badly, she ached.

“Do you want to talk about what’s going on with you?” he asked, his eyes steady on hers even through the shadows of her foyer.

“Honestly?” She stepped toward him and shook her head. “No.”

“Please, just stop. I don’t want to talk about the other day. I don’t even want to think about it.”

Luke opened his mouth, likely to argue, but she cut him off before he could say so much as a syllable. “Look, I’m not stupid, okay? I know I can’t ignore things entirely. I’m not foolish or flighty enough to think I can magically make the truth into something it’s not. But you asked me what I need, and right now I need to not remember what happened, just for a little while.”

A pause opened between them. Quinn’s heart raced so rapidly she was certain he had to be able to register the constant thump-thump-thump from where he stood.

Finally, he said, “What else do you need?”

For a question that had the potential to be so complicated, her answer was shockingly simple, and even though she knew it made her vulnerable, she didn’t hesitate.

“Just for tonight, I need to feel something other than scared. I need to remember what it’s like to feel good.” She moved closer, until she could feel his exhale coast over her cheek. Yes. This. I need this. “So please, can you stay for a while and make me feel right again?” 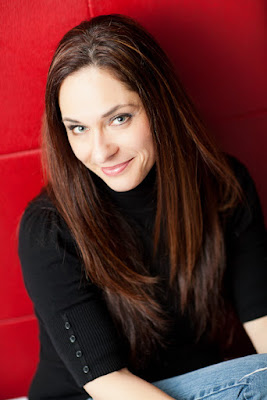