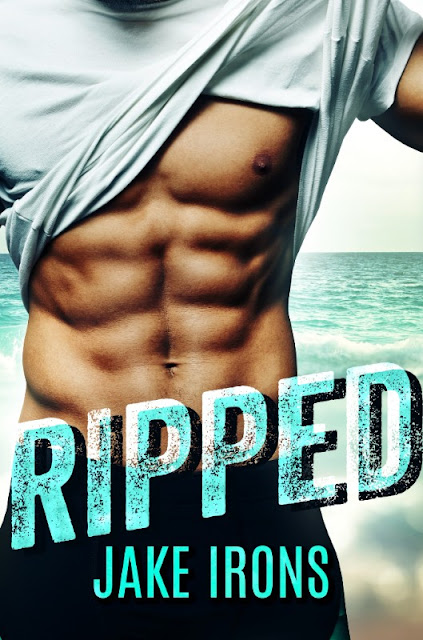 Tripp Anders.
Formerly the best surfer in the world. Still Longview, Florida's most famous son. And, starting this week, my boss.
My boss at my summer job. A job my parents made me get. A job my parents made me get because I hadn't left the house since I moved home six months ago.
After my divorce.
I'm in my thirties, by the way.
…Yeah.
I thought trying to fit into a Hot Beach one-piece five mornings a week would be the toughest part of this job. Instead, it’s Tripp. He's arrogant, condescending, and used to getting what he wants.
And what he wants right now is me.

In Ripped by Jake Irons, returning home to Florida after her divorce has been hard for Bobby Smith. But with a new job and her boss making it hard to resist him, she might just find herself falling for the same kind of guy as her ex-husband, which could prove costly since Tripp Anders is used to getting what he wants and what he wants is Bobby. Will Tripp prove her wrong in that he's nothing like her ex, or will she walk away from her second chance at happy ever after?

This book had its ups and downs for me, so it's hard to give it any more than the three stars I've given it. There were moments when I wanted to scream in frustration at the characters because they're old enough to know better that no matter what they do nothing will help them forget their pasts. Temporarily, yes. Forever, no. Drinking themselves into oblivion and smoking marijuana are things I can mostly cope with in a book, but for these two it was definitely an escape and had me thinking the heroine needed to find something else to do instead of feeling sorry for herself.

As for the dialogue, I really liked the banter between this couple, as their chemistry is intense and instantaneous from the moment they meet, but there were times when I needed to put this book down and come back to it. Yet, in saying that, I did like this pair together as they need each other to heal from their pasts. Furthermore, I liked the way this story progressed and how things get a little dangerous for them towards the end. Will Tripp find a way to protect Emily?

With Emily, she was betrayed by her ex-husband and it's understandable that she finds it hard not to compare Tripp to the man she was once married to. How does she know that if she gives the hero a chance he won't turn out to be exactly like her ex? However, I liked that she did give Tripp a chance, even though they're complete opposites and she wants more out of life than what she thinks the hero can give her. While the hero, he's been through tough times with how his surfing career ended and it's just lucky that he's found something he can fall back on. Really, he's done well for himself with his business since having to retire from surfing , but I can't say there weren't times when I wished that the hero took life a bit more seriously.

Overall, I did like this story where the chemistry between this couple was strong; the romance totally hot; and the ending had me worried for the main characters because of what they go through, but had me liking that Emily was willing to give Tripp a chance at forever. I would recommend Ripped by Jake Irons, if you enjoy Sloane Howell, Ava Harrison, Ella Fields and Callie Hart.