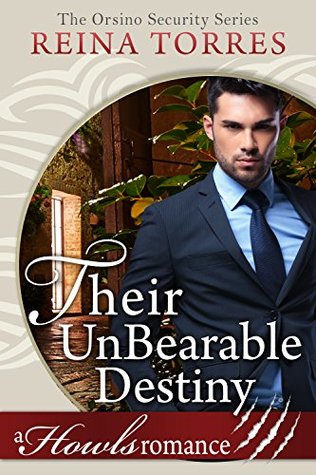 No matter how much they tried to stay apart they couldn’t escape the pull between them.


Uberto was the youngest of the three Orsino brothers, but he’s no baby bear. Called back their ancestral village in Italy, it takes one chance meeting on the cobblestone street to bring his past rushing back into his life. Has he learned enough to earn his mate’s forgiveness? Or is he still the odd bear out?


Emiliana Bruno was unique. A female bear shifter hadn’t been born into their clan for generations, to the point where it had seemed only a legend. When she became Uberto’s mate she expected to be his equal as well, but there was a fine line between gentleman and chauvinist.


It broke her when he left, even if she told him to go. Now, he’s back and she knows she not only has to fight her father’s antiquated views, it will be Uberto, too.


Emiliana’s plans to keep their relationship all ‘business’ to help protect the clan and their town goes just about as well as the ultimatums that they threw at each other a decade ago. Only this time instead of throwing down a gauntlet, it’s pieces of clothing.


Will these two mates finally see eye to eye or are the obstacles between them as final as they are deadly?

In Their Unbearable Destiny (Orsino Security #3) by Reina Torres, Uberto Orsino is one determined bear, especially when a clan meeting brings him home to his ancestral village and home to the woman who has always owned his heart. However, Emiliana is still as stubborn as ever and Uberto finds he has his work cut out for him if they're to ever be together. Will Uberto be able to convince Emiliana to give him a second chance, or will the unthinkable happen and they both walk away from each other for good?

I have loved this series from the very first book because the brothers are completely compelling and strong men that fall hard for their Ms. Right and I've got to say that this book was just as good as the first two. Really, it was entertaining right from the beginning, as Uberto is back in his ancestral village and determined to win back the woman that is his soul mate. Will Emiliana give Uberto a second chance?

As for the dialogue, it was intense due to the main characters back stories, their past history and the obstacles they face on their journey to happy ever after including an interfering father that thinks he's doing right by his daughter and the clan with the decisions he makes but doesn't have a clue and overcoming the reasons that kept them apart for so many years. Will either be willing to compromise to be together? Will Emiliana realize that Uberto has changed before it's too late? Moreover, the heroine is strong, brave, and I liked that she wants to help people. I also liked the moment she begins to realize that Uberto is not the same man he was years ago when they first mated, especially when it comes to him being really close with his sister-in-laws and I liked that he was there for the women with his advice.

While the hero, he's confident, doesn't back down from a challenge and I liked how determined he was to win Emiliana over. She's the only woman that's ever had his heart, which is proven by how he responds to other women with friendliness but not his usual charm. I also liked that Uberto doesn't give up on the heroine, even though she gives him every reason to with her stubbornness and her determination to be independent when all she wants is to be his equal.

Overall, Ms. Torres has delivered a fantastic read in this book where the chemistry between this couple is intense and increases with every moment the heroine pushes the hero with her need to be his equal instead of someone he needs to take care of; the romance was hot; and the ending took me by surprise because of what the clan wanted of the heroine when it came to her future, but had me liking that both Uberto and Emiliana were willing to fight for their future together. However, it was the epilogue that wrapped this story up brilliantly, as the Orsino brothers have what they needed most -- love, family and happiness. I would recommend Their Unbearable Destiny by Reina Torres, if you enjoy paranormal romance, second chance romances, or books by authors Celia Kyle, Mina Carter, Eve Langlais and Nancy Corrigan.