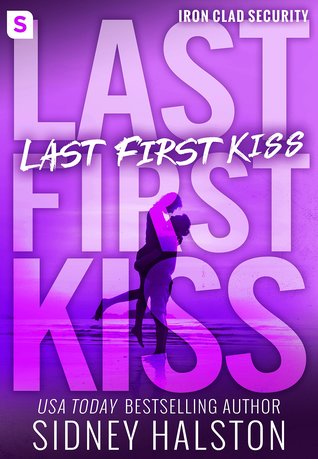 He's an A-list Hollywood heartthrob.
She's trying to prove herself in a man's world.
For this female bodyguard, protecting her client is simply business, but what happens when sparks fly and the danger heats up?
After a series of box office flops, Rocco Monroe needs a hit. Bad press, shit talking, rumors, lies…it all goes with the territory after almost two decades in the spotlight, but when he lands the role of his career in a controversial biopic, the part of a lifetime comes with a catch: a hired bodyguard.
Annabelle Clad is so bored she wants to scream. Her life is coding and algorithms and binary codes…rinse and repeat. To her Rocco Monroe means freedom, a chance to show her overprotective brother and business partner that she can contribute to Iron Clad Securities. And no arrogant playboy will fuck up her concentration by batting his lashes at her. She would never jeopardize her reputation by swooning over any man.
That had happened once, and she wouldn’t bear that loss or humiliation ever again. Even if Rocco looks like a walking fantasy...

In Last First Kiss (Iron Clad Security #2) by Sidney Halston, all Annabelle Clad wants is the chance to prove to her brother that she can do just as good a job as a bodyguard than  any man. However, with her overprotective brother keeping refusing her plea for field work, she feels she'll never get the chance until potential client and movie star Rocco Monroe asks for her personally when she shows him that he shouldn't underestimate women. Yet, as Annabelle tries to do her best to avoid getting involved with Rocco anything more than as a professional, he's determined to perform to the best of his abilities in the biggest role of his career. But when things turn dangerous and Rocco finds his life threatened, Annabelle will do anything to protect him. Will she succeed in her first role as a bodyguard, or will she have to admit that her brother is right?

Any chance to read a book by Ms. Halston is an absolute delight, and I've got to say that this story is one of her best books yet. Really, it was highly entertaining due to the incredible main characters, especially the heroine, as her back story was heartbreaking and if anyone deserves love and happiness it's her after all she's been through; the dialogue was a wonderful combination of intense moments and playful banter between the main characters that had me smiling, laughing and close to tears; and the fast-paced storyline grabbed at my attention immediately because the heroine is determined to fight for her chance at playing bodyguard and isn't afraid to go head-to-head with her brother. However, it was from the moment the hero and heroine meet where this story gets very interesting and had me smiling for the first time because of what Annabelle does to Rocco. Honestly, serves himself right!

As for the heroine, she's resilient, courageous and I liked that she finally told her brother all about what happened to her during her time in the military, which was something she needed to get off her chest if she was to ever heal from the emotional wounds of her past. I also liked how determined she was to resist Rocco, even though it's hopeless because their chemistry is powerful and it's palpable that he's determined to win her over with his charm. Yet, what I liked most of all about the heroine was how determined she was to protect the hero, even if it meant putting her own life in danger over and over.  While the hero, he's determined to be the best he can be as an actor because the role he's been given is the role of a lifetime and could do great things for his career, which is what he needs to bounce back after what happened with his last few films. I also liked that he wasn't afraid to give Annabelle a chance to be his bodyguard because he knows she'll do a good job of guarding him. Yet, what I liked most of all about the hero was his determination to win the heroine over. Certainly, he's arrogant and charming and hard to resist when he turns on the charm.

Overall, Ms. Halston has delivered an incredible read in this second book of her Iron Clad Security series where the chemistry between this couple was heady and convincing; the romance was hot and had me really liking these two together because no one is more deserving of happy ever after than Annabelle; and the ending had me worried for the main characters as the danger closes in, but left me completely satisfied as to how things worked out for this couple. I would recommend Last First Kiss by Sidney Halston, if you enjoy stories containing female bodyguards, movie star heroes, the opposites attract trope or books by authors K. Bromberg, Layla Hagen, Scarlett Cole and Cherrie Lynn.