I am thrilled to celebrate the release of three amazing Entangled Publishing Scandalous releases this week! Happy release day to How to Lose a Highlander by Michelle McLean, The Rogue of Islay Isle by Heather McCollum, and Unmasking the Earl by Elizabeth Keysian! These are swoon, sexy escapes into the past that you don't want to miss!

About How to Lose a Highlander
Forced into marriage by their king in order to stop years of inter-clan feuding, Sorcha Campbell and Malcolm MacGregor are each determined to drive the other away. Malcolm knows he can never trust his new shrewish wife, despite the fact that everything he observes seems to prove that she’s not only trustworthy, but utterly perfect for him. Sorcha knows she can never let her guard down around the man she believes betrayed her father, yet the longer she’s with him, the more she discovers he is nothing like she was led to believe. They’ll have to fight their way through past prejudices and their own determination to destroy their union in order to gain their perfect HEA in this Taming of the Shrew meets How to Lose a Guy in 10 Days tale.
Find it online:
Amazon | B&N | iTunes | Kobo | Entangled | Goodreads 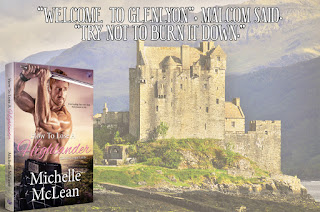 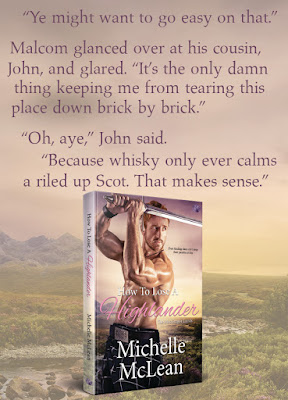 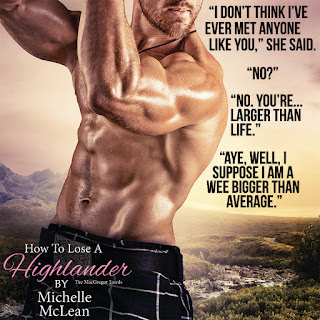 ABOUT MICHELLE MCLEAN
Michelle McLean is a jeans and t-shirt kind of girl who is addicted to chocolate and goldfish crackers and spent most of her formative years with her nose in a book. She has a B.S. in History, a M.A. in English, and loves her romance with a touch of suspenseful mystery. She resides in PA with her husband and two amazing children.
Find Michelle online: Website | Twitter | Facebook | Newsletter | Goodreads

ABOUT THE ROGUE OF ISLAY ISLE
Cullen Duffie, a Highland warrior and charming rogue, is the new chief of Clan MacDonald. Determined to prove he’s not his father, Cullen works to secure his clan against the English. When a woman washes onto Islay’s shores, Cullen protects her from his uncles’ schemes. Waking up not knowing who she is or where she comes from, Madeleine is at the mercy of the man who found her. Unable to speak from the swelling around her throat from a rope tether, she learns as much as she can about the new world around her and the powerful, sword-wielding Highlander who has sworn to protect her. Through dreams and flashes of her past, Madeleine begins to rebuild her memories. But the more she recalls about the horror she escaped, the more she realizes the jeopardy she is bringing to Islay, Clan MacDonald and the Highlander who has captured her heart.
Find it online: Amazon | B&N | iTunes | Kobo | Entangled | Goodreads 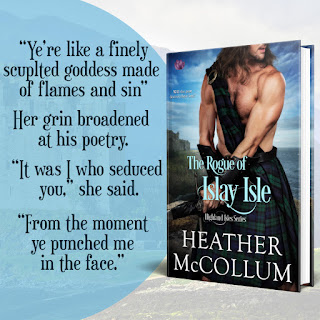 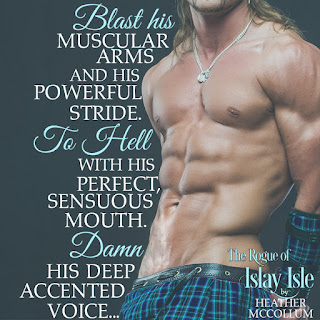 ABOUT HEATHER MCCOLLUM
Heather McCollum is an award winning, historical paranormal and YA romance writer. She earned her B.A. in Biology, much to her English professor's dismay. She is a member of Romance Writers of America and the Ruby Slippered Sisterhood of 2009 Golden Heart finalists. The ancient magic and lush beauty of Great Britain entrances Ms. McCollum's heart and imagination every time she visits. The country's history and landscape have been a backdrop for her writing ever since her first journey across the pond. When she is not creating vibrant characters & magical adventures on the page, she is roaring her own battle cry in the war against ovarian cancer. Ms. McCollum recently slayed the cancer beast and resides with her very own Highland hero, rescued golden retriever & 3 kids in the wilds of suburbia on the mid-Atlantic coast.
Find Heather online:
Website | Twitter | Facebook | Newsletter | Goodreads

ABOUT UNMASKING THE EARL
Devastated by the disappearance of his sister, the Earl of Stranraer has gone to extraordinary lengths to find the notorious rake responsible, and enters his household incognito to wreak his vengeance. But his enemy has an unexpected protector—the innocent but headstrong Miss Cassandra Blythe. Cassie is determined to learn the art of seduction. But she is blindsided by her body's thrilling response to the wrong man—a mysterious servant who shows up at the most inauspicious moments to spoil her lessons in love with warnings of her imminent ruin. When she learns the handsome servant's identity and the reason for his deception, she resolves to help Stranraer, but only if he abandons his vow to destroy his enemy. The earl is sorely tempted give the meddlesome beauty a lesson in seduction she’ll never forget. But she turns the tables, and he gets his own lesson in forgiveness…and love.
Find it online:
Amazon | B&N | iTunes | Kobo | Entangled | Goodreads 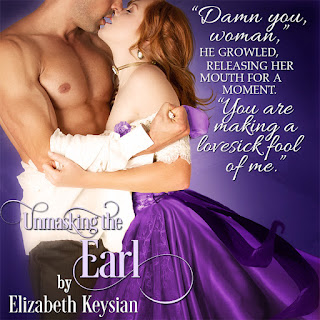 ABOUT ELIZABETH KEYSIAN
Elizabeth Keysian felt destined to write historical romance due to her Cornish descent, and an ancestral connection to the Norse god Odin. Being an only child gave her plenty of time to read, create imaginary worlds, produce her own comics, and write sketches and a deplorably bad musical for an amateur dramatics group. Three decades spent working in museums and archaeology fired Elizabeth's urge to write, as did living on a Knights Templar estate, with a garage full of skeletons, a resident ghost and a moat teeming with newts. Elizabeth lives near Bath in England with her partner and cats. Subscribe to her author Newsletter
Find Elizabeth online:
Website | Twitter| Facebook | Wattpad| Newsletter | Goodreads |
at 15:15