Fans of Jill Shalvis should prepare to swoon over Jack and Lola's HEA. 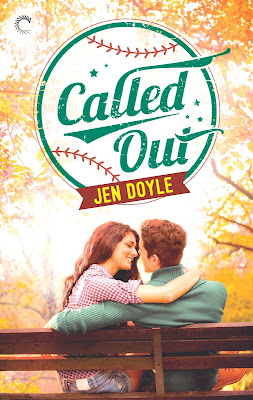 CALLED OUT
Calling It #3
Jen Doyle
Releasing May 29, 2016
Carina Press

In Called Out (Calling It #3) by Jen Doyle, Jack "Ox" Oxford is looking to sign on with a new baseball team, but the only team willing to take him is the team his ex-best friend, Nate, plays for. So, to have a chance at saving his career, he needs to beg Nate for forgiveness or at least convince him to agree to allow the two of them to play on the same team. However, it seems Nate isn't the only one he needs to win over when he changes a flat tire for Lola Deacon McIntire. Can he convince Lola that he's a good guy, despite what he did to Nate in the past, so they can have a shot at happy ever after?

What a marvelously-written and captivating read Ms. Doyle has penned in this third book of her Calling It series, which continues to show she knows how to hit home runs with her incredible writing ability. Seriously, this story grabbed my attention from the very first word and didn't let go until the last, especially with the way it started. I couldn't help but sympathize with the hero, as he's been pegged as a bad guy for what he did to Nate in the past, and it's unlikely his ex-best friend will be receptive to his plight when it comes to his career. Will Jack be able to convince Nate to give him a chance after what he did? Will Nate be able to forgive Jack?

As for the dialogue, it was a wonderful combination of intense and playful banter, and I loved every moment the hero and heroine interact, because their interactions build some seriously strong sexual tension, which eventually spills over onto the pages in hot sex scenes that illustrates how fun sex can be since their intimacy isn't limited to the bedroom. Who knew doing laundry could be so pleasurable? Moreover, the heroine is strong and brave the way she's managed to continue on after her husband's death and be a good mom to her children, even though she's still grieving and feels guilt because of what happened to the man she loved. Was it her fault that he died? I also liked that the heroine was bold enough to ask Jack for what she wanted and that she wasn't about to allow her brother or anyone else to interfere when it came to getting involved with the hero. It was her decision and it was about time she finally found a man to be with again, and Jack is the right guy at the time.

While Jack, he was a fantastic hero that deserves forgiveness, because Nate dodged a bullet because of what Jack did. Although, I could understand why Nate would be angry with him, as they were best friends and best friends shouldn't do what Jack did. Furthermore, I liked how Jack won Lola over with everything he does for her, especially when there's a moment where she's in desperate need of help. But what I liked most of all about the hero is that he finally realized that he will never be like his father, because he knows how to love. He's found it with Lola and her children and there's no way he's letting her get away.

Overall, Ms. Doyle has delivered a wondrous read in this book where the  secondary characters entertained me just as much as the main ones and where the ending wrapped this story up nicely with Jack realizing what he wanted when it came to love, family, happiness. I also enjoyed the bond the hero shared with Lola's children and how he involved them in his plans when it came to cementing his future with Lola. It was absolutely precious. I would recommend Called Out by Jen Doyle, if you enjoy sports romances, second chance romances or books by authors Jami Davenport, Kelly Jamieson or Brenda Rothert.

BLURB
Jack "Ox" Oxford is used to being alone. Granted, when you screw over your friends, being alone isn't always a choice. Playing for the Chicago Watchmen is a last-ditch effort to save his career…and right some of his past wrongs. He's not expecting a warm reception, but he's also not expecting a flat tire to change everything.

Recovering control freak, single mom and semiprofessional chaos wrangler Lola Deacon McIntire doesn't need an arrogant ballplayer to swoop in and save her from anything, much less her flat tire. And she definitely doesn't need her body to betray her and decide this is the guy to wake up her rusty libido. She isn't about to upset her sons' lives for any man—much less one who so clearly doesn't think he's dad material.

Jack never thought he'd find someone who wanted to build a life with him, but the more time he spends with Lola and her boys, the more it starts to feel permanent. Even tough-as-nails Lola concedes there just might be a future here—the big, beautiful, messy future neither of them was looking for—but only if Jack will accept he deserves it.

Catch up on all the Calling It titles 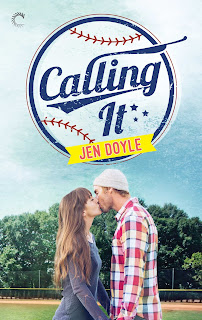 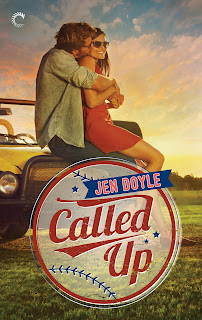 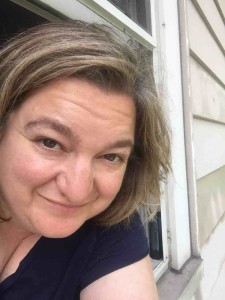 A big believer in happily ever afters, Jen Doyle decided it was high time she started creating some. She has an M.S. in Library and Information Science and, in addition to her work as a librarian, has worked as a conference and events planner as well as a Communications and Enrollment administrator in both preschool and higher education environments (although some might say that there is very little difference between the two; Jen has no comment regarding whether she is one of the “some”).